The 2018 EmpowerLA Awards was a wonderful celebration of the inspiring work done by Neighborhood Councils across Los Angeles! Thank you to the 300 local leaders who joined us at City Hall on March 29th for this very special event.

After enjoying a lovely sunset dinner with City views and pictures at our photobooth, guests moved into City Council Chambers for the Awards ceremony, hosted by Civic U leader and Director of Cal State LA’s Pat Brown Institute for Public Policy, Dr. Raphael Sonenshein.

First up were the Vanguard Awards, which are given by the Department of Neighborhood Empowerment in recognition of those City employees or departments engaging in outstanding collaborations with Neighborhood Councils to benefit stakeholders Citywide. The awards – which were in the shape of a lightbulb that lit up and blinked on and off – were handcrafted by EmpowerLA’s Arin Abedian and Sevak Paramazian, and they were a hit with the audience and with the award winners alike. “I’ve worked for the City for 33 years, and this is the nicest award I’ve ever gotten,” commented Vanguard winner Brian Gallagher, Principal Transportation Engineer at LADOT, who was nominated by the Hollywood Hills West Neighborhood Council. Nazario Sauceda, Director of the Bureau of Street Services, also received a 2018 Vanguard Award, for which he was nominated by the Sherman Oaks Neighborhood Council. Read more about the Vanguard Awards and see photos here.

The EmpowerLA Awards were then presented by Grayce Liu and the Neighborhood Commissioners, who each presented awards to the winners from the regions that they represent.

The 2018 EmpowerLA Award winners are listed below by region. The projects nominated this year are truly impressive, and there’s a lot of inspiration to be found! Make sure to click the link in each section to view photos and detailed descriptions of the winning projects and all other projects nominated in each region: 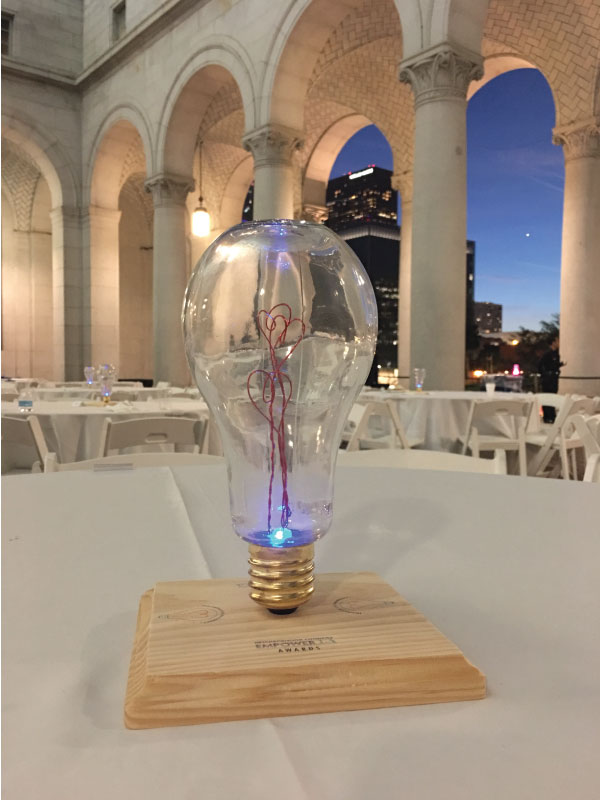