Pico Union Neighborhood Council: 2018 EmpowerLA Award winner for Central LA
Pico Union has undertaken a plethora of projects in 2017 to help meet the needs of their local community, including:

Downtown Los Angeles
To target a population that is often overlooked, DLANC created 5000 Skid Row resources maps that were distributed by DLANC and Skid Row community members on three different walks through the Skid Row area.

Greater Wilshire
SINCE 2014, The Greater Wilshire neighborhood council has offered a safe haven for community members to share and practice a collective experience through their Yoga in the Park program, which offers free daily yoga classes to GWNC stakeholders in Robert Burns Park. The program has helped spread awareness of GWNC, with over 400 likes for the program on Facebook.

Mid City West
Mid City West is proud of their work regarding safe streets, reclaiming public space, and multi modal transportation. PARK(ing) Day is an annual worldwide event where artists, designers and citizens transform metered parking spots into temporary public parks. Mid-City West Community Council and the Melrose BID joined forces to try something new by creating a pop-up park at 707 N. Stanley Ave. They closed a small section of the street there and transformed it into a mini park for the day. The idea was to create a pop-up pedestrian plaza where people could gather and see what it would be like to have a small park in the Melrose Avenue shopping district. By the end of the event, the response was so impressive that the MCWCC and the Melrose BID have agreed to pursue a permanent installation of the pedestrian plaza through the LADOT People Street Program.

MCWCC also hosted an event in Pan Pacific Park called Green Fest, with the intention of bringing community members together to learn about the environmental issues Angelenos face and how they might be addressed 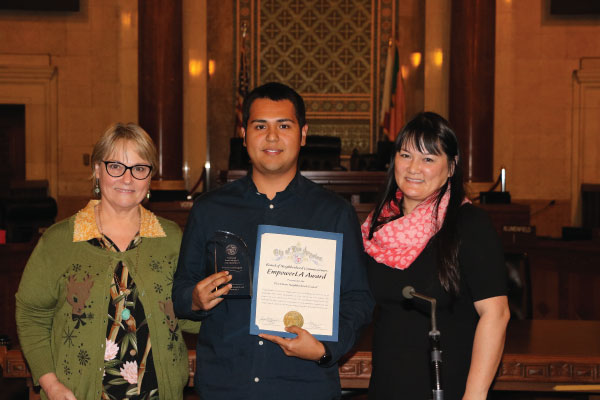