If you would like to contact the Board of Neighborhood Commissioners, please call us at (213) 978-1551 or Email Us. 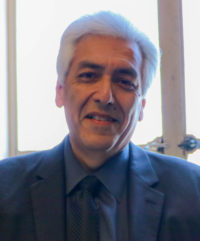 Since 2001 Ray has worked in the area of hate crime victim support, hate crime awareness training and assisted in the compilation of data for the annual Los Angeles County hate crime report. In addition, Mr. Regalado is a trained mediator in conflict resolution. Ray has experience working with at risk youth, community organizing and leadership development. He coordinated the activities of the Gang Reduction and Community Engagement (GRACE) project to address youth gang violence in the Harbor Gateway community of Los Angeles. Ray has also worked as a Field Deputy for First District Supervisor Gloria Molina. Ray has an MA in Negotiation and Conflict Resolution. 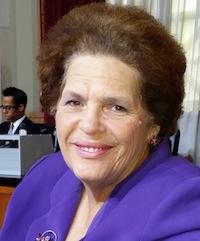 Joy Atkinson is a private consultant specializing in developing and implementing community outreach programs. She served as a consultant for California Speaker Karen Bass, specializing in outreach to the African American press, the community at large, and with The Speaker’s Clergy Alliance.

Through her work with GeM Communications Group under the direction of former Assemblywoman Gwen Moore, Joy has prepared community outreach proposals and coordinated public relations/community outreach programs. Through Alescia Buford & Associates, Joy has worked on press relations and administrative support for Fortune 500 companies in their corporate responsibility programs. For 16 years Joy Atkinson served as Chief of Staff for Former Assemblywoman Gwen Moore.

Her political passion comes from lessons learned from her politically and community conscious parents, Eddie and Antoinette Atkinson. Joy’s father was the first African American to run for a seat on the Los Angeles City Council and reach the general election. At the age of 12 she learned the sorrow of losing an election but the thrill of just being in the political process.

She served as President of New Frontier Democratic Club; serves as chair of the political involvement committee of the Los Angeles African American Women’s PAC; is a delegate to the California Democratic Party; and is the Executive Director of the L.A. African American Women’s Public Policy Institute that is a public policy, leadership, and civic engagement program focusing on minority women, For eight years Joy worked with Supervisor Mark Ridley-Thomas on the non-profit Empowerment Congress. The Empowerment Congress is a major project involving citizens in civic engagement. 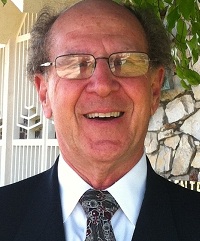 Since becoming a resident of the San Fernando Valley in 1971 Leonard Shaffer has volunteered in many capacities. His participation in neighborhood organizations began in 1972 when he first joined the Tarzana Property Owners Association and he has continued to be an active member of the Board of Directors.
He became interested in the idea of neighborhood councils after attending a series of conferences sponsored by the USC Public Participation Project prior to the passage of the 1999 Charter. He attended several city-wide meetings presented by the new Department of Neighborhood Empowerment for the purpose of formulating the plan mandated by the Charter. In 2002, as chair of the formation committee, he led the effort to form a neighborhood council in Tarzana. In January 2002 the Board of Neighborhood Commissioners certified the Tarzana Neighborhood Council. Leonard is currently the Chair of the Tarzana Neighborhood Council.

Leonard retired from the practice of law after 35 years as a Los Angeles County Deputy District Attorney. He keeps active in the law field by helping fellow ham radio operators as a Volunteer Council for the American Radio Relay League. He has taught several classes concerning criminal justice at the University of Phoenix. 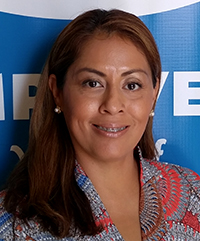 As a lifelong resident of the Glassell Park community, Commissioner Darrett-Quiroz has a track record of activism that includes service on the Glassell Park Neighborhood Council for 11 years, and as one of the founders of the Glassell Park Neighborhood Council. She also served the Glassell Park Improvement Association as president for two years. She led her community’s fight to save the community’s swimming pool from closing down and worked closely with Rec and Parks management, including City Councilmembers and the Mayor to put the pool expenses back in the Mayor’s budget. Under her leadership, the funding was restored and the pool remains open. Commissioner Garrett-Quiroz also played a key role in establishing the Glassell Park Community Garden at 3304 Drew St., once the epicenter of gang activity in the community. The garden has resubmitted the confidence of neighbors and has brought the small community closer through garden meetings, garden clean ups, potlucks and community harvesting. What was once a center of gang activity that evoked violence and fear has now shifted to a center of growth, hope and, most importantly, community.

Debbie Wehbe is a native of Hollywood, an educator, businesswoman, and community leader. She attended local public schools prior to receiving her education degrees from USC. As Owner and Educational Leader of the Hollywood Little Red School House preschool, Debbie moved to expand through 6th grade in the 1980’s (renaming it, The Hollywood Schoolhouse.)

The 1990’s brought drugs and gang wars to Hollywood, and the Schoolhouse served as the safe place for neighbors to meet. The Hollywood Sentinels Neighborhood Watch was born, and Debbie and her neighborhoods patrolled nightly for four years. Community clean-ups, tree plantings, and youth programs followed. The Hollywood Beautification Team grew out of this time, and Debbie is a one of its founders.

Debbie is co-owner of F&D Properties, a real estate company that focuses on empowering people by helping first-time buyers purchase homes, and low-income apartment dwellers remain in their apartments. She continues to devote her energy to this business to seek equity for the residents of Los Angeles.

In 2002, Debbie certified the 1st neighborhood council in Hollywood, the Central Hollywood Neighborhood Council, and went on to serve as President for 9 years, and Treasurer for 2 years, while serving on the Planning, Land Use, and Management Committee throughout.

Debbie’s commitment to service is at her core.  For 10 years, she held the position of Commissioner on Private Education for the State of California, advising on education programs and legislation that affect California children and families.

Her service to the City and County of Los Angeles includes numerous Advisory Committees and Task Forces.  She Chaired the Commission on Prop K Funds that provide for our parks, and brought Redevelopment monies, and established Social Services Networks as the Chair of the Housing and Social Needs Committee of the Hollywood Community Redevelopment Agency.

She is appreciative of the honors and commendations received for her volunteer work, yet stays focused on her Rotarian Foundation, “Service Above Self.”  2007 brought about the opportunity to give back by chartering a new Rotary Club, the Los Angeles Cedars Rotary Club.  She has served as President and continues to serve on the board.

As Commissioner for the Central Area, Debbie is honored to serve the Neighborhood Councils of District 5 and 6 and the City of Los Angeles. 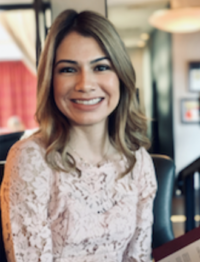 Jennifer Valdivia is serving as the Director of External Affairs for the Office of Board Member Mónica García at the Los Angeles Unified School District, managing all communications and working collaboratively with city and county departments to develop solutions to school-based issues. In the past, she has served as Acting Chief of Staff to the Board Member.

Raised in Pacoima, Jennifer is a graduate from San Fernando Senior High School. She earned her Bachelor of Arts in Political Science and a Legal Studies Certificate at Cal State University of Long Beach.

Jennifer worked for Mayor Eric Garcetti supporting constituent services, managing special projects and executive administrative assistant to the Director of External Affairs. Following the Mayor’s Office, Jennifer worked on transitioning the City of LA into its first public-private partnership for waste hauling within the realm of commercial and large multi-family buildings. The project allowed her the opportunity to work for LA Sanitation & Environment, where she served as a liaison for the bureau, facilitating close working relationships with Business Improvement Districts. In her early career, Jennifer interned for the General Counsel at the Department of Water and Power and also worked the Legal Offices of Ara J. Najarian (Glendale City Councilmember).

Jennifer currently resides in Porter Ranch and is passionate about making a difference throughout all of Los Angeles. She is honored to be involved in the work that utilizes all of our city services for the benefit our kids and families for a better Los Angeles.