With Skid Row commonly known as “The Homeless Capitol of America”, there are unique qualities and needs which vastly differ from the typical and main focus of the Downtown Los Angeles Neighborhood Council which has led to extreme contrast between the two areas- A well-documented “Downtown revitalization” which has spurned Billions of dollars of new development (including upscale lofts, condos and hotels), while Skid Row has been equally well-documented for it’s widespread squalor which has led to thousands of homeless men, women and children residing in tents and encampments on sidewalks all while at the same time, hundreds of businesses struggle to operate in a normal manor while having no choice but to work from within an environment filled with seemingly endless deplorable conditions for all to see who either reside, work or traverse within our borders.
See the following link for additional information;
https://en.wikipedia.org/wiki/Skid_Row,_Los_Angeles 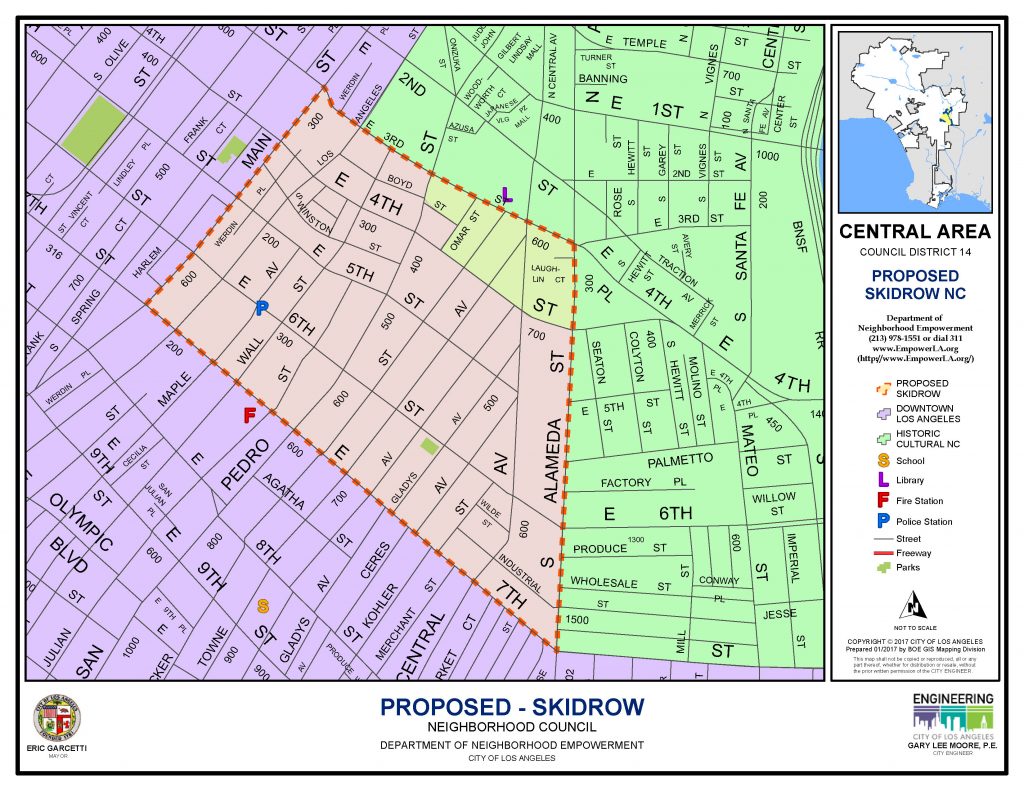