Dr. Lucy Jones, renowned seismologist and author of The Big Ones, spoke about Preparing For Increased Risk From Natural Disasters at Knollwood Country Club in Granada Hills on Friday, August 16, to a packed house. Upon introduction, she received a standing ovation. Using graphic presentations and in her usual manner of translating scientific jargon and technical data into easily-understood information, Dr. Jones discussed how we, as a society, can mitigate the results of large disasters. In Southern California’s case, we’re generally talking about an 8+ earthquake along the San Andreas fault.

We learned that the strength of an earthquake is directly proportional to the length of the producing fault. The longer the fault line, the bigger the quake. Also the type of “earth” affected determines the magnitude. For example, soft and sandy soil results in stronger shaking than more solid earth such as rock. The speed of the shockwave is determined by the soil composition, moving faster in dense areas and slower in less-dense sections. That quake starting in the Salton Sea area and spreading north along the San Andreas will take 60 to 90 seconds before Los Angelinos begin to feel any shaking. In any given year there is about a one percent chance of a very large earthquake in our area.

In closing, Dr. Jones reminded us that we are all in this together, and to recover and prosper after, we must work together, especially in our planning and preparedness efforts. An excellent task for which Neighborhood Councils are uniquely qualified.

Want to learn how you can be better prepared? Attend the annual Disaster Preparedness Fair Oct 12th

Dr. Jones’ presentation was arranged by the Southern California Preparedness Foundation (SoCalPrep), a 501(c)(3) nonprofit (SoCalPrep.us) which also manages and produces LA’s annual Disaster Preparedness Fair. Family registration is open at ValleyDisasterFair.com. The Fair is on Saturday, October 12, from 9:00 am to 1:30 pm at the Northridge Fashion Center’s Pacific Theaters parking lot. Neighborhood Councils wishing to host an Outreach Booth should immediately contact Bill Hopkins at Bill.Hopkins@SoCalPrep.us to secure a spot. Space is limited.

SoCalPrep is most grateful for our title sponsor, the North Valley Coalition of Concerned Citizens (administrators of the Patriot Oil Community Benefit Trust Fund), and support from Granada Hills South NC and Northridge East NC. ReadyAmerica, that supplied our guests with a bag of free EP supplies; Chavalier’s Books, that offered her book for purchase and that Dr. Jones autographed; Esrom Jayasinghe, Mark Hovater, and David Brown for video and audio support; and the Board, Advisory Board, and several volunteers of Southern California Preparedness Foundation; and our venue hosts, Knollwood Country Club. Dr. Jones appeared through the speakers bureau of Penguin Random House publishers. 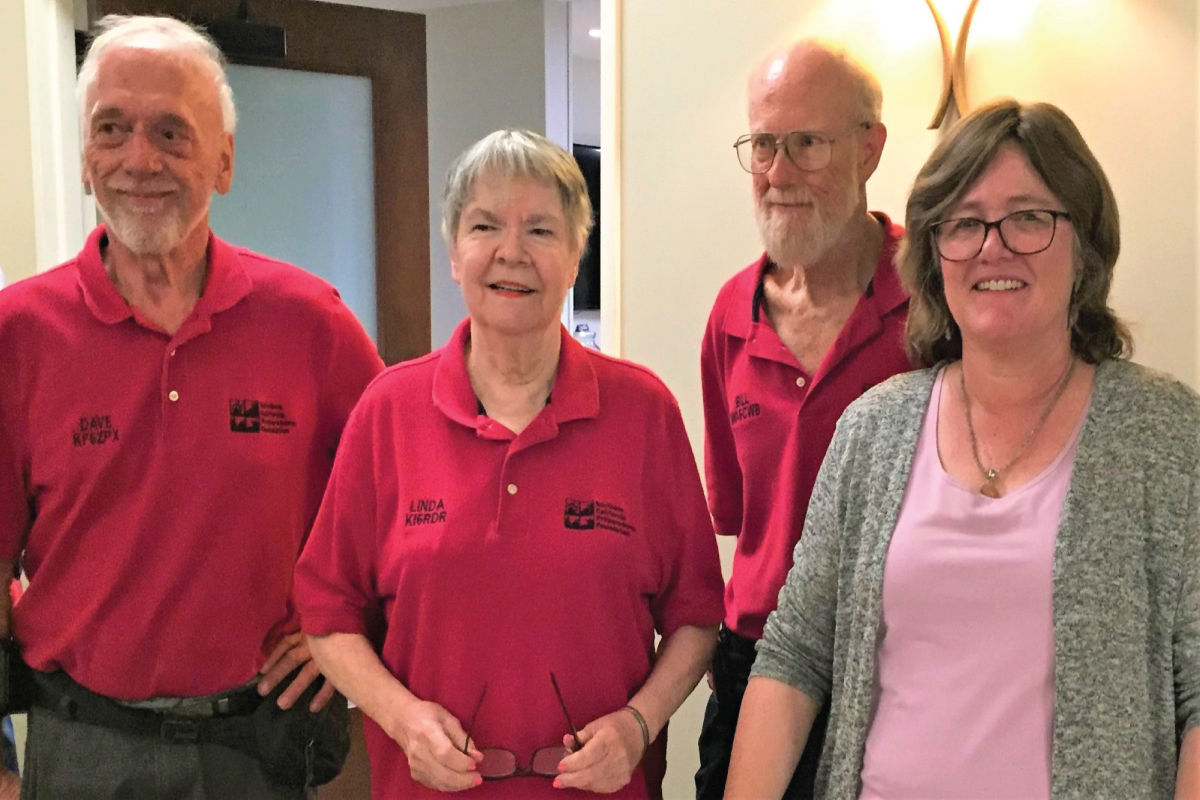