Throughout 2017, Boyle Heights Neighborhood Council has engaged their stakeholders and improved their community with projects and events such as:

Eagle Rock
Just days before the January 2017 executive order banning Muslims, four refugee families arrived to LA and were staying in a motel in Eagle Rock. Local Eagle Rock nonprofit Miry’s List let the neighbors know of these new arrivals to the neighborhood.

Eagle Rock Neighborhood Council saw a need to help these families beginning their new lives, and led the Northeast LA communty to provide a support system for newly arrived families through the organization of soccer games, playdates, birthday parties, English lessons, family dinners, school visits, and driving lessons and the collection and distribution of donations of furniture, beds, appliances, electronics, toiletries and other supplies for these newest neighbors.

In February, 2017 the ERNC adopted the first-ever Neighborhood Welcoming Resolution, stating that Eagle Rock is and will always be a safe and welcoming place for all. In June, 2017, the Welcoming Resolution was passed as a motion at the City Council level brought by Councilmember Jose Huizar, CD14.

In 2017, the Los Feliz Neighborhood Council (LFNC) embarked on a project they had not anticipated or planned for. Rather than take what was described as a “free pass from the city” they voted to not extend their terms in office by an extra year. The debate was heated, but ultimately the Governing Board voted to reduce all their terms by one year, which sounds relatively simple, but in actuality required significant analysis to make the sacrifice equitable to two sets of boardmembers elected in staggered terms, while resetting their elections to fall on odd numbered years.

LFNC also voted, as a board, to reduce all their terms in office by one year, in an effort to increase citizen participation in government by opening up immediate board seat opportunities. In order to facilitate this, they created a new election portal website, losfelizvotes.org, so that new people would be encouraged to run without feeling like they were facing a slate of incumbents. 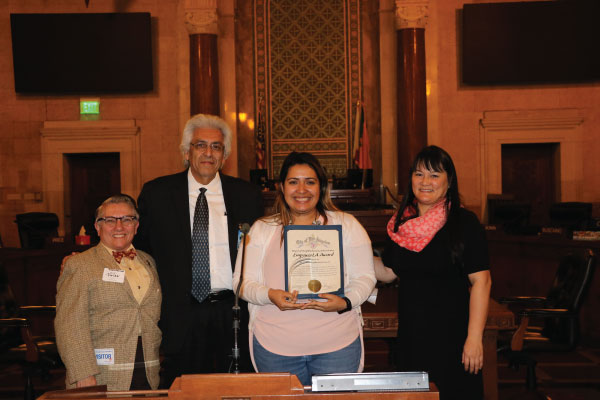