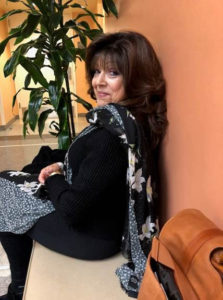 Long time Valley Village resident and NCVV Board member Dale Liebowitz-Neglia passed away last week after a long and heroic battle against cancer.

Dale was first elected to the Neighborhood Council Valley Village Board of Directors in 2010.  Over almost ten years of service Dale held various positions in Board leadership.  Six years ago she accepted the position of Chair of Planning and Land Use, and became the longest serving and one of the most successful persons to ever lead this very important committee. Under Dale’s leadership and with the support of her talented Committee members the process for hearing proposed projects was restructured, ensuring that all multi-family and commercial development projects were presented to the Board before moving forward for City approval.  These improved NCVV planning procedures helped broaden engagement and participation of stakeholders, providing an opportunity for everyone to express their thoughts during the project planning process.   These guidelines were also adopted by other neighboring communities, and were repeatedly commended by the City Council office, South Valley Planning Commission and Los Angeles Department of City Planning.

For the past six years Dale also served as a member of the NCVV Executive Committee, and as Secretary of the Board of Directors.  She and her husband Vincent were committed volunteers as well, helping support community based events such as Light Up Valley Village, National Night Out, Earth Day and the Valley Village Homeowners July 4th parade.  In her “spare time” Dale also was President of her Homeowners Association and was active in other community and faith based organizations.

In the very special years that I was privileged to work with Dale, I found her passion, loyalty and commitment to be unwavering.  We first met in 2007 during a monthly NCVV Planning and Land Use Committee meeting.  Only she was not on the Board side of the table – Dale was out there in the audience with her neighbors Sandy Hubbard and Freddie Goldberg to express concerns about a proposed project adjacent to their building.  Even more imposing – it was a 300 seat auditorium, and these three were the entire audience.  I have since loved telling the story of how this loud, determined and imposing New Yorker scared me to death – she knew more about planning than I did and knew exactly how to use that knowledge to make every one of her arguments and support every one of her points.  As with most construction projects, there were multiple hearings held by our Board, and by the City, all of them attended by Dale and “her crew.”  She never held back – stuck to her guns and in the end helped shape many decisions related to the project.

Through two years of meetings on this project, Dale saw an opportunity to play a bigger role in the community by committing her time to the NCVV Board.  In 2010 she jumped right in and ran for an elected seat, winning a large victory in her very first campaign and subsequently winning four more elections.   And Sandy and Freddie also stepped up and continue to do great work in leadership positions with NCVV.

Since our Board was founded in 2003, over 100 women and men had volunteered as Board members or served on one of our seven Board committees.  These special neighbors are part of an army of thousands across Los Angeles that comprise the backbone of the city’s Neighborhood Council system, fighting on the local level to keep their communities special.  Valley Village is better because of Dale Liebowitz-Neglia.  A woman whose commitment and passion helped shape our future at the city, county and state levels.  A neighbor who cared deeply that Valley Village remain a great place to call home for the next generation.  And a friend whose strength, love and caring spirit will live on for years to come.

I am profoundly grateful that Dale was my colleague and my friend.  Her hard work as a Board member and civic leader will continue to benefit Valley Village and the City of Los Angeles far into the future. Please join our Board in remembering this remarkable woman, and keep her husband Vincent and son Justin in your thoughts and prayers.